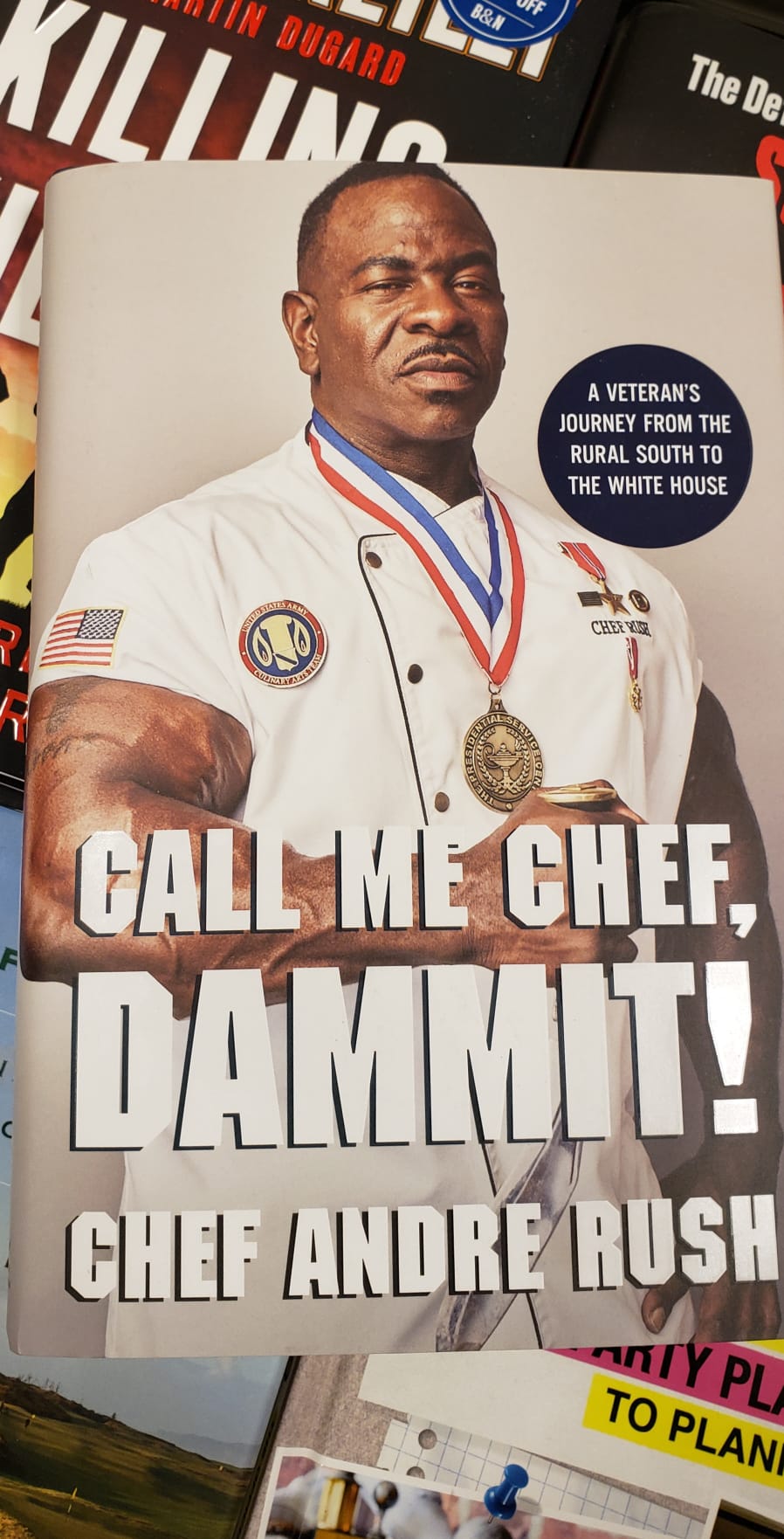 Washington, DC – 9-FIGURE MEDIA – A story of theft and criminality of a former White House chef.

The United States Presidential Service Center (USPSC) would like to clarify recent media reports involving Andre Rush and his inappropriate wearing of a gold medal that does not belong to him.

During the USPSC’s roughly four-month relationship with Chef Rush, he asked for one of our Distinguished Service Medals (DSM) to be awarded to Acun Ilicali of Turkiye for humanitarian work, which we also and paid for. Mr. Rush agreed to deliver the gold Distinguished Service Medal assigned as serial number 1808 to Acun Ilicali, the owner of TV8 in Istanbul, Turkiye, in an award ceremony he would arrange during a trip to Istanbul. The medal was in recognition of Ilicali’s efforts in raising nearly nine million dollars (51 million Turkish Lira) for earthquake victims. Such efforts align with the USPSC’s goals of supporting those in need worldwide.

Instead, recent photos have now shown Rush wearing the same medal in promotional efforts for  his recently published book, “Call Me Chef, Dammit!” “It is not his gold medal to wear another man’s award as the world considers this to be outrageous and fake. People do not take others’ medals and wear them,” stated Co-CEO Doctor Miguel Rodriguez, retired US Army.

speak on stage and television for PTSD ourselves, suicide prevention, and our long careers in combat zones and wars like Doctor Miguel Rodriguez, USA, Orlando Herrera, Jr., USMC, Desiree  Perham, USAF, and Martin Mongiello, USN. But as an organization that prioritizes the values of integrity, honesty, ethics, truth, honor, and accountability, we demand that Rush return the Gold  Distinguished Service Medal and issue a public apology for its use in his promotional activities.

The United States Presidential Service Center aggressively pursues false claims by any individual about awards and medals, such as the recent arrest of Jerome Felipe in Washington, DC, by the  National Capitol Police.

The US Presidential Service Center® is dedicated to preserving and promoting the history of the American Presidential Service. For more than 30 years, the Center has shared its vision, not just in the United States but also worldwide. We host the PRESENTS network and PRESIDENTIAL magazine and conduct other outreach that showcases the principles of democracy and the importance of always being ready to answer the call.

Founder of Million Dollar Brand Heavenluxe, Xenon Tan Steps Out To Mentor Other Ecommerce Owners And Accelerate Their Online Sales

No comments to show.